Among Docg, Doc and Igt, the designations of origin of the Italian wines are at present more than 500. In more than fifty years of existence, the law that established them in the distant 1963, has been producing a mapping of the national territory that has involved all the regions and all the provinces, to such a degree that nowadays unifications and reductions are considered necessary to simplify a too complicated background. A new Doc, besides in Tuscany, where dozens of them are present, apparently seems to be excessive or not so appropriate: in any event, in countertrend. Probably it is not,  at least if we consider the Valdarno di Sopra DOC, that has recently been established. This is due to many reasons, but the main one is related to the famous Bando through which the Grand Duke Cosimo III de’ Medici tried to regulate the Tuscan wine production in 1716. His very famous edict, actually represented a preview of the modern designations of origin. Specifically, he wanted to mention and regulate the most known ones, which were consequently more subject to forgings. Fundamentally, it concerned four wine areas: Chianti, Pomino, Carmignano and Valdarno di Sopra. In that list, the first three ones were immediately included among the denominations instituted between the end of the sixties and the beginning of the following decade. There was no trace of Valdarno di Sopra, and the production area became part of Chianti dei Colli Aretini, without being independent, except for its geographical location, and without any connection with a wine production that was in the past so extremely prestigious and respected that it was mentioned in the two-century edict. The fact that Ponte a Buriano, a Romanesque bridge above the Arno river belonging to the XIIIth century, on which passed the Cassia Vetus Roman’s route, and which is in the heart of Valdarno di Sopra, is evoked by Leonardo da Vinci in the Mona Lisa’s background, is proof of the importance of that area since the Renaissance era. Two reasons, the most famous ones but not the unique ones, that allowed a surge of pride to the best winemakers in Valdarno di Sopra and that brought this ancient Tuscan sub region to the attention of the public. The emerging wines had an acclaimed reputation among the authorized personnel. Especially among the important winemakers of Tuscany who, to produce their Chianti or their Tuscan Igt, known as “Supertuscans”, did not hesitate to purchase grapes in that area, obtaining an excellent quality to extremely convenient prices. Since several years, at least fifteen, a nourished group of wineries has been producing high-quality wines, with Sangiovese, largely, but also with international varieties such as Merlot, Syrah, Cabernet Sauvignon and Franc, and also indigenous varieties such as Pugnitello or Malvasia Bianca and, among the white berry variety, also Chardonnay. A production that, at that point, deserved a different and more specific “focus”, which was, moreover, widely approved since the XVIIIth century. To conclude, an independent Doc which could do justice to a production that both traditionally and on a quality level has few rivals in Tuscany. 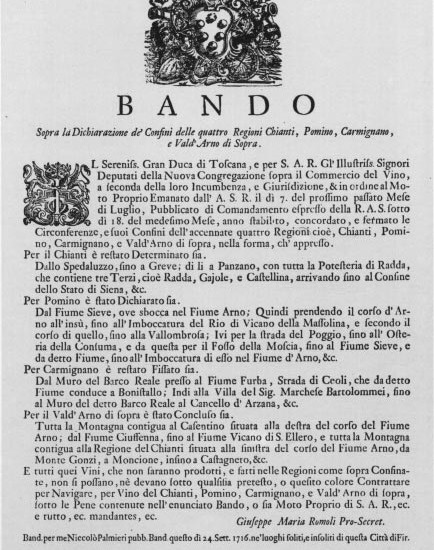 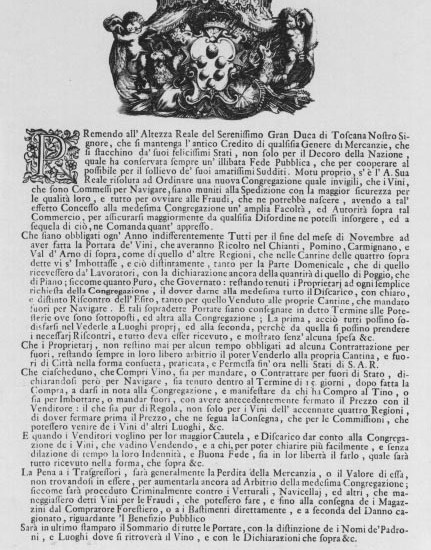